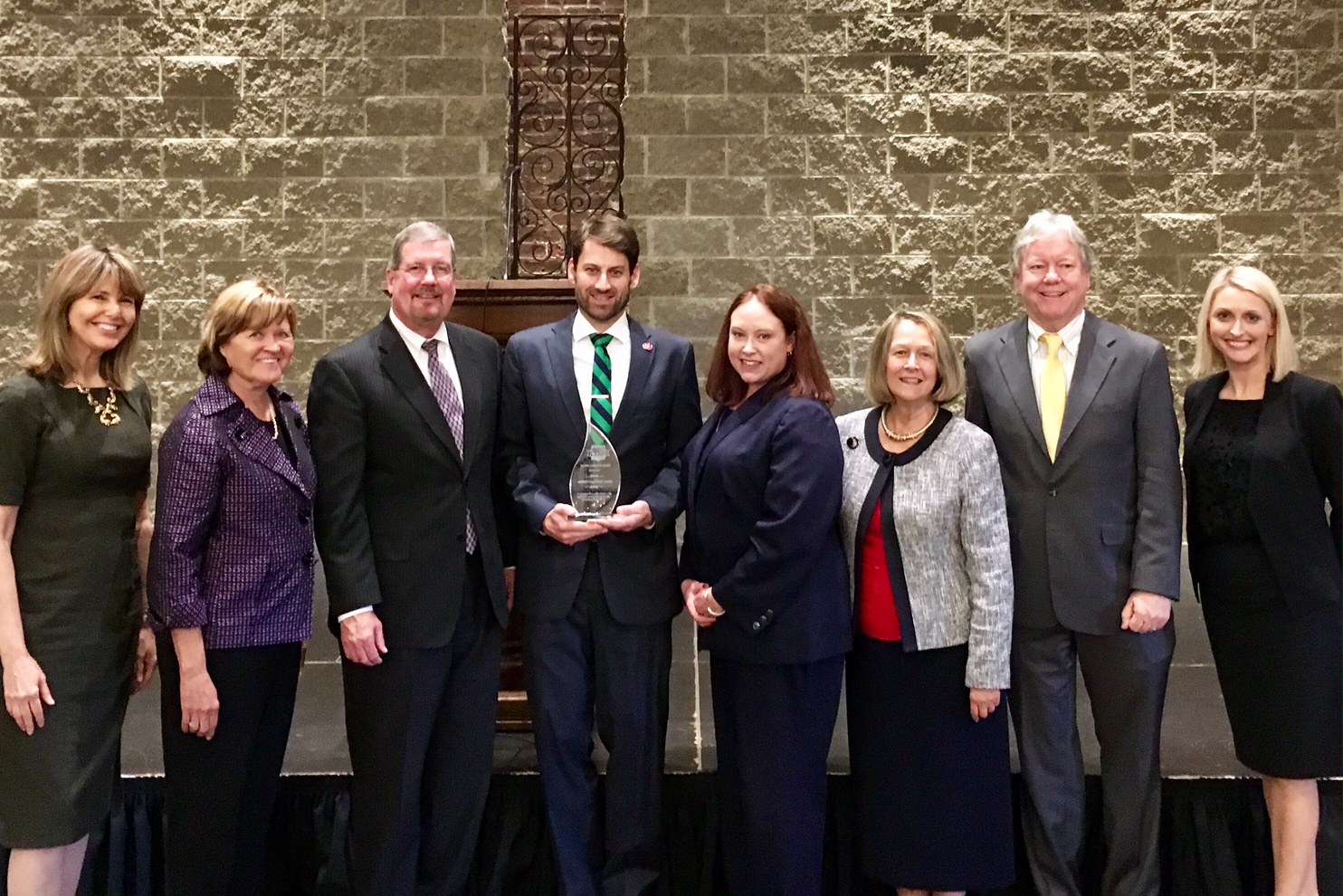 On November 6, ETLAW celebrated the Tennessee Supreme Court, alongside over 100 Knoxville attorneys, judges, and new admittees to the Tennessee bar.

Attendees heard about the distinguished and accomplished attorneys who make up the Tennessee Supreme Court. Chief Justice Jeffrey Bivins gave the keynote speech, in which he outlined the Court’s current focuses: indigent representation, access to justice, and the opioid crisis.

As part of its initiative on indigent representation, the Court is seeking $20 million to support several efforts, including increasing the fees for appointed casework and creating an appellate division for public defenders’ offices. There is much, much more behind this effort and you can read about the research and recommendations on indigent representation in Liberty and Justice For All, a task force report released in April of this year. In its access to justice initiative, the Court launched Help4TN Day to connect attorneys with those who need pro bono services. Last year, Tennessee attorneys reported 600,000 pro bono hours, amounting to $120 million in free legal services. Finally, the Justices of the Tennessee Supreme Court have taken an active role in the Regional Judicial Opioid Initiative, which the Department of Justice recently awarded with a $1 million grant.  Through all of these efforts, our Supreme Court is working to make our state a more just place for Tennesseeans, and ETLAW is so proud to honor this Court.

ETLAW also awarded member Jamie Ballinger-Holden with this year’s Spirit of Justice Award! The annual award is given to those in our organization who exemplify the advancement of women in the legal profession. Jamie’s accomplishments are numerous, but ETLAW has benefited greatly from her leadership as President in 2014 and currently as Chair of the Women in Leadership Initiative. Congratulations, Jamie!